While not flawless, ‘Black Panther’ manages to mostly meet expectations with an incredible script and visuals.

The film finds T’Challa, after the death of his father, taking the rightful place as king of the hidden African nation of Wakanda, while also becoming Black Panther. While trying to deal with both of his very important roles, a new conflict arises when a man going by the name of Killmonger challenges his throne.

It was hard for me to imagine this film reaching the huge amount of hype it was receiving in the las few months. Disney had not only positioned it as an event film, but they also made it into a movement, selling it as a huge step-forward for representation of african-americans in film (they even had Chadwick Boseman on the cover of TIME on their last cover). To not disappoint some would be a colossal feat. Yet, they mostly managed to do it.

‘Black Panther’ does feel like a very important film, not just because of how it has been positioned, but it’s genuinely very good. Here’s a classic example of a studio seeing great results because of a great hire, this time being Ryan Coogler, who co-writes and directs the film. He had proven himself before with ‘Fruitvale Station’ and ‘Creed‘, and he takes all that he’s learnt and applied it here.

The script deals with incredibly strong social commentary and issues of race and classes, while never feeling too political and maintaining its tone as an action film. You can tell the director is very proud of his heritage when you see how he portrays african culture in an amazing way that is truly a joy to watch.

Coogler directs the film with an incredible knack for visuals, excelling particularly for me in the sequences set in Korea and in a museum in England (which is the best scene in the film in my opinion).

Chadwick Boseman as Black Panther seems at first very stoic and serious, but once you get the hand of the character you realize it’s the perfect tone for it to have. Boseman is a true professional. 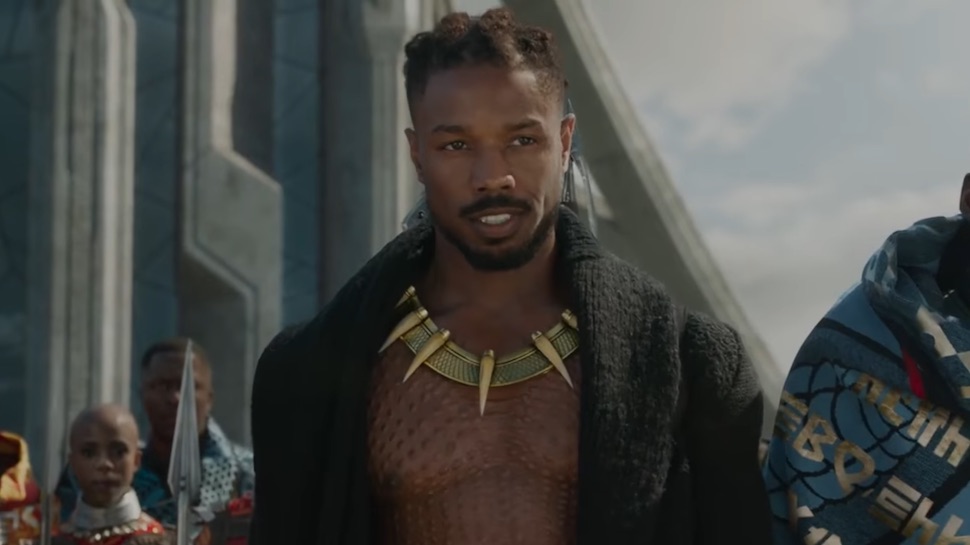 The film also brings what I can call the first good villain of the Marvel Cinematic Universe, with Michael B. Jordan‘s Killmonger. They say good villains are the ones you can relate to their motivations, and this one is no different. You understand his stance on the film’s conflict and even agree in some parts with him. It speaks volumes for the great writing of the character and Jordan’s amazing acting, as usual.

Other standouts to me were Danai Gurira‘s Okoye, who immediately becomes probably my favorite new character, Letitia Wright‘s Shuri, who is very likable and funny, and Andy Serkis‘ Ulysses Klau, who has a very brief role but still executes a very interesting performance that reminds us that Serkis should act more on camera.

However, as I mentioned earlier, it’s not without its flaws. While the first and second acts are great, the third act disappoints. The film has an action sequence that is very reliant on really bad CGI – and even involves some animals that look like they were created on 1992. It’s even more unfortunate when you go back to the Korea sequence, which is amazing, and while it also has a lot of CGI, it’s not nearly as prominent or bad there. It takes away some of the realistic tone it had going before and becomes a much more derivative Marvel movie.

Lupita Nyong’o is great, but her character never seemed very interesting to me, and the same goes for Martin Freeman, who is very charming as always but doesn’t really fit into the movie. The movie also features a lot of the usual jokes of Marvel movies that didn’t seem to fit with the more serious tone here, which was very weird.

In the end, ‘Black Panther’ does feel like a breath of fresh air in terms of representation in Hollywood and features breathtaking sequences and visuals that make it an overall very good cinematic experience, but it ultimately is let-down by its third-act, which makes it not feel as special and becomes a much more generic movie. Because of this, it doesn’t really reach the quality of something like ‘The Dark Knight‘, but instead it’s more comparable to ‘Batman Begins‘, and that should give them hope that they can craft something even better in the second outing of this potential new franchise.

One thought on “‘Black Panther’ Review: A Groundbreaking Yet Not Perfect Superhero Film” Leave a comment ›